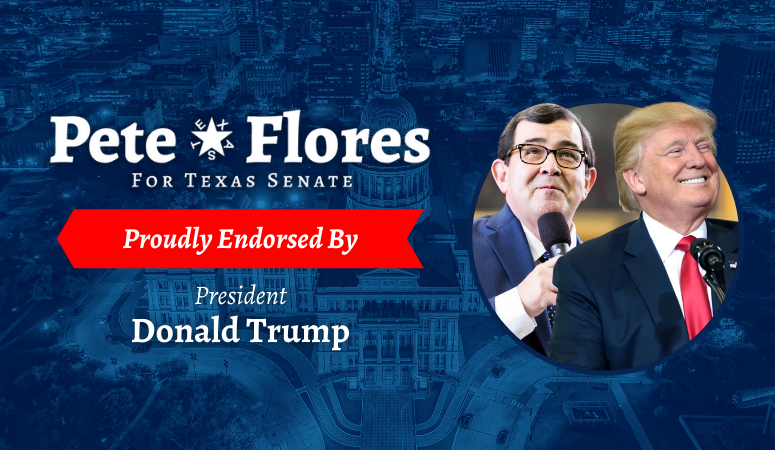 “I am pleased and honored to have earned the endorsement of President Trump,” Flores said. “Our campaign has just begun and his support is a big boost.”

“Pete Flores will be a great State Senator for the terrific people of Central Texas. With 27 years in strong Law Enforcement, Pete will stand for Law and Order, loves our Military and our Vets, and will fight to Secure our Border. Pete is strong on our Second Amendment and will fight for Low Taxes. Pete Flores has my Complete and Total Endorsement for the Texas Senate!”