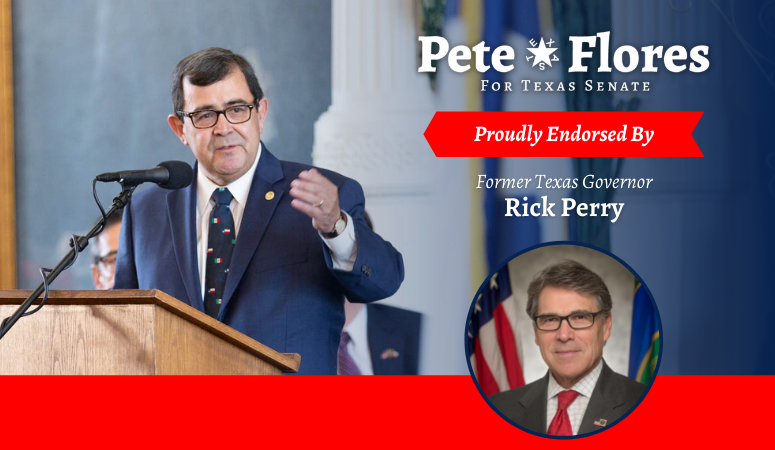 “I am humbled to have Rick Perry’s endorsement. For 20 years he has been a friend and inspiration to me. He has been a tremendous leader for Texas. We all owe him a debt of gratitude,” Flores said.

“I’ve known Pete Flores for nearly 20 years. He is a man of unquestioned integrity and someone you can always depend upon. He’ll fight for his district and never back down. I wholeheartedly endorse Pete Flores and highly recommend him to you.”