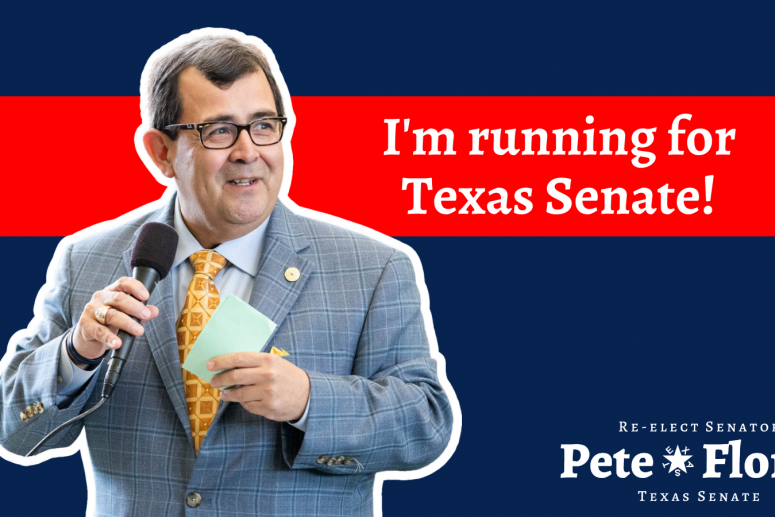 “The opportunity to serve in the Texas Senate is an honor and a privilege. When the new redistricting lines were released on Saturday afternoon, it didn’t take long for the phone to start ringing.

“I spent most of my professional career as a Game Warden for Texas Parks and Wildlife. I have traversed this state from east to west and again north to south.

“But retirement as Colonel of the Game Wardens, gave me an opportunity to continue to serve Texas. The year 2018 found me serving in the Texas Senate. My first Session was met with awards and great accolades.

“It’s not the old District 19, but it still encompasses the heartland of Texas, the parts of Texas I most closely identify with. I know the people and the ideas and values they hold dear. It’s the town squares, cafes and diners, feed stores and Walmart’s where I am most comfortable.

“I intend to continue my service to the people of District 24 and to Texas, in the Texas Senate.

“Today we kickoff a new chapter – a new campaign in service to the people of Texas. I have proven myself to be an able legislator and a tenacious campaigner. I look forward to the opportunity to campaign across the 12 counties of this District.

“There is no one who will campaign harder or is better equipped to represent the people of District 24 in the Texas Senate.

“I look forward to traveling the highways and byways of this remarkable district and most of all meeting with the amazing people in it.”

Please join the ranks for conservatives endorsing Pete Flores for Texas Senate. Fill out the form to show your support.