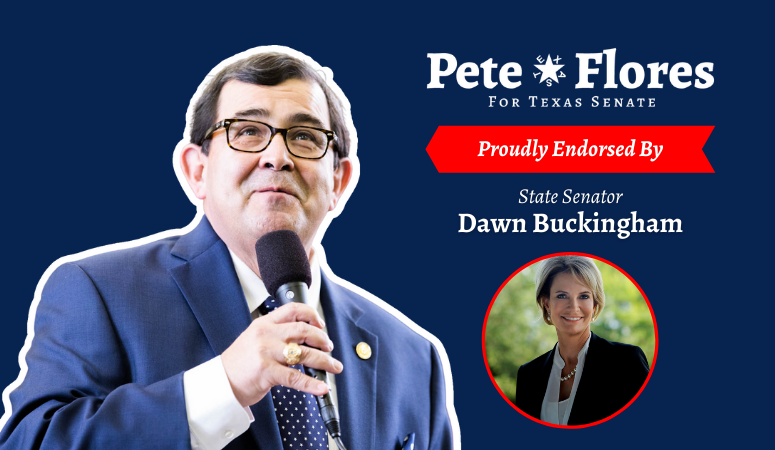 “I am proud and pleased to announce the first major endorsement of our newly announced campaign. Dawn Buckingham is a strong leader in the Texas Senate and is moving on the next step in her service to Texas at the General Land Office,” Flores said.

“Having served with Pete Flores in the Texas Senate, I’ve seen his compassion for the people of Texas, his commitment to conservative values, and his dedication to serving his constituents. That’s why I can think of no better person to represent the incredible families and communities of Senate District 24 than Pete Flores.

“The people of our community can trust Pete Flores to help us secure the border, support law enforcement, and build a more prosperous Texas. I’m proud to endorse him and I hope you’ll join me in supporting him.”

“As we launch the campaign, I can think of no stronger endorsement to have earned at this time,” Flores concluded.