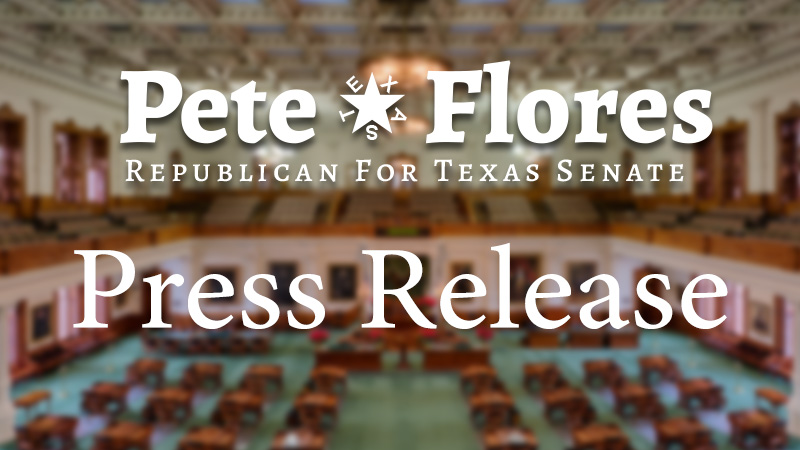 “The public’s trust has been broken.”

“Raul Reyes has a record of false and misleading campaigns. But everyone knows that politics can be nasty, and I was expecting this as soon as I heard Reyes had entered the race.

“However, with the latest mailer – he has crossed the line. He claims I ‘refused to support HB4306’ (86R). That’s not just a matter of opinion, it’s a bald-faced lie. And he knows it.

“He stated this lie at a candidate forum several weeks ago – and I corrected him. He claimed I didn’t support the bill – well, I was the Senate co-sponsor!

“If you’re willing to lie to the people during your campaign, you’re not fit for public office. The public’s trust has been broken.”

“He’s claimed to have endorsements he doesn’t – like President Trump. He’s claimed that I don’t have endorsements that I do – like Texas Right to Life. He’s claimed I’m liberal when one major conservative organization after another has endorsed me – like the NRA, the Farm Bureau, the Fraternal Order of Police, Texas Values Action, and the Conservative Roundtable. He claims I support open borders and amnesty when I have a voting record in the Texas Senate that is 100% the opposite.

“I’ve always taken the high road. I’m not going to get in the gutter with this guy. I believe the people will not be fooled.

“I’ve got a record in the Republican Party. I’ve voted, held Party office, been elected as a convention delegate, and been elected to serve in the Texas Senate. Reyes has no record. Just a truckload of lies.

“I’m proud to have the support of sheriffs, county commissioners, mayors all across the district, small business folks and people from every county.

“With 27 years in law enforcement, I always lived by the rule of law. And I do pay my taxes.

“The good people of District 24 and Texas deserve honest representation. We run a campaign based on truth and policy, not lies.”